In this guide we discuss The Alberta Oil Industry and its two main sectors; conventional oil production and the Oil Sands project.

For over 50 years the driving force in Alberta’s economy has been the oil and gas industry, giving the province thousands of jobs in exploration, production, transportation, distribution, refining, and has contributed over $3.7 billion in direct royalty payments to the Alberta Government in less then three years (2003 – 2006).

The majority of the crude oil that is produced in Alberta is exported to other countries. 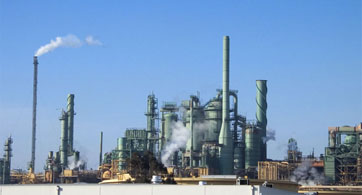 its oil sands. The oil sands reserves are the second largest oil reserves in the world, second to Saudi Arabia. Time magazine has said Alberta’s Oil Sands could satisfy the world’s oil demands for the next century.

What exactly are the Oil Sands? Alberta’s Oil Sands are deposits of bitumen, hard oil that will not flow unless it is heated or thinned with lighter hydrocarbons. The Oil Sand deposits are primarily located in three areas in north eastern Alberta and are believed to be much larger then the state of Florida.

In 2005 the Alberta Oil Sands produced approximately 58% of Alberta’s oil and about 40% of all crude oil produced in Canada.

So as you can see the Alberta oil industry is definitely in it’s infancy with plenty of great money making years to come.

Here are some articles related to Alberta’s oil industry: